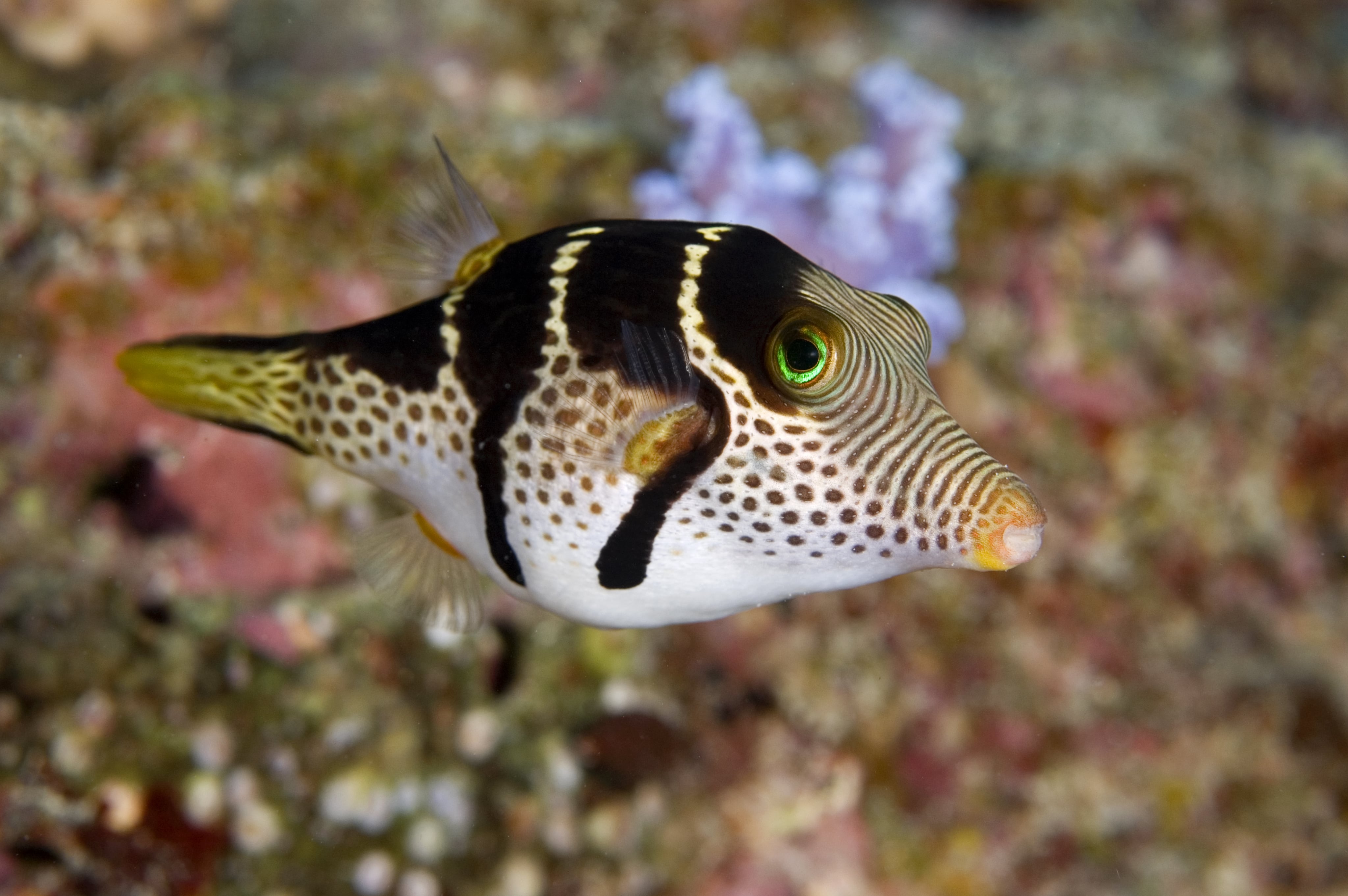 Also known as Valentin’s sharpnose puffer. Diet: This species forages on the benthos, feeding mainly on filamentous green and red algae, tunicates, and on smaller amounts of corals (Cole et al. 2008), bryozoans, polychaetes, echinoderms, molluscs, and brown and coralline red algae
Max. Size: 11 cm
Fun Fact: Canthigaster valentini forms shoals of 10–100 individuals or more, often with the filefish, Paraluteres prionurus (about 5% of shoal), which mimics the toxic C. valentini to protect it from predators. This species is also mimicked by juvenile coral trout, Plectropomus laevis. Canthigaster valentini is gonochoristic and sexes can be distinguished externally. It maintains a sex ratio very close to 1:1, and lives in social groups consisting of a single, sexually mature male, several mature females, and varying numbers of immature individuals. Males are territorial and are often seen fighting. Spawning occurs at all times of the year. This species is territorial and haremic; males spawn with a different female each day. All sexually mature females are territorial females. The territories of mature females were always enclosed within the territory of a single, mature male.. Social and mating systems of this species are based upon female territoriality where polygyny results from males defending females occupying a certain territory (female-defense polygyny). Neither parent guards the eggs which are laid in a nest located in the female’s territory.
The eggs and larvae of this species are unpalatable to other species (Gladstone 1987). Larvae may have high survivorship as a result. The eggs of this species are spherical and strongly adhesive, 0.68–0.72 mm in diameter, possess a dense cluster of small oil droplets, and hatch around sunset three to five ays after fertilization. Larvae of C. valentini colonize reefs at 13 mm total length and recruit at 45 mm total length.