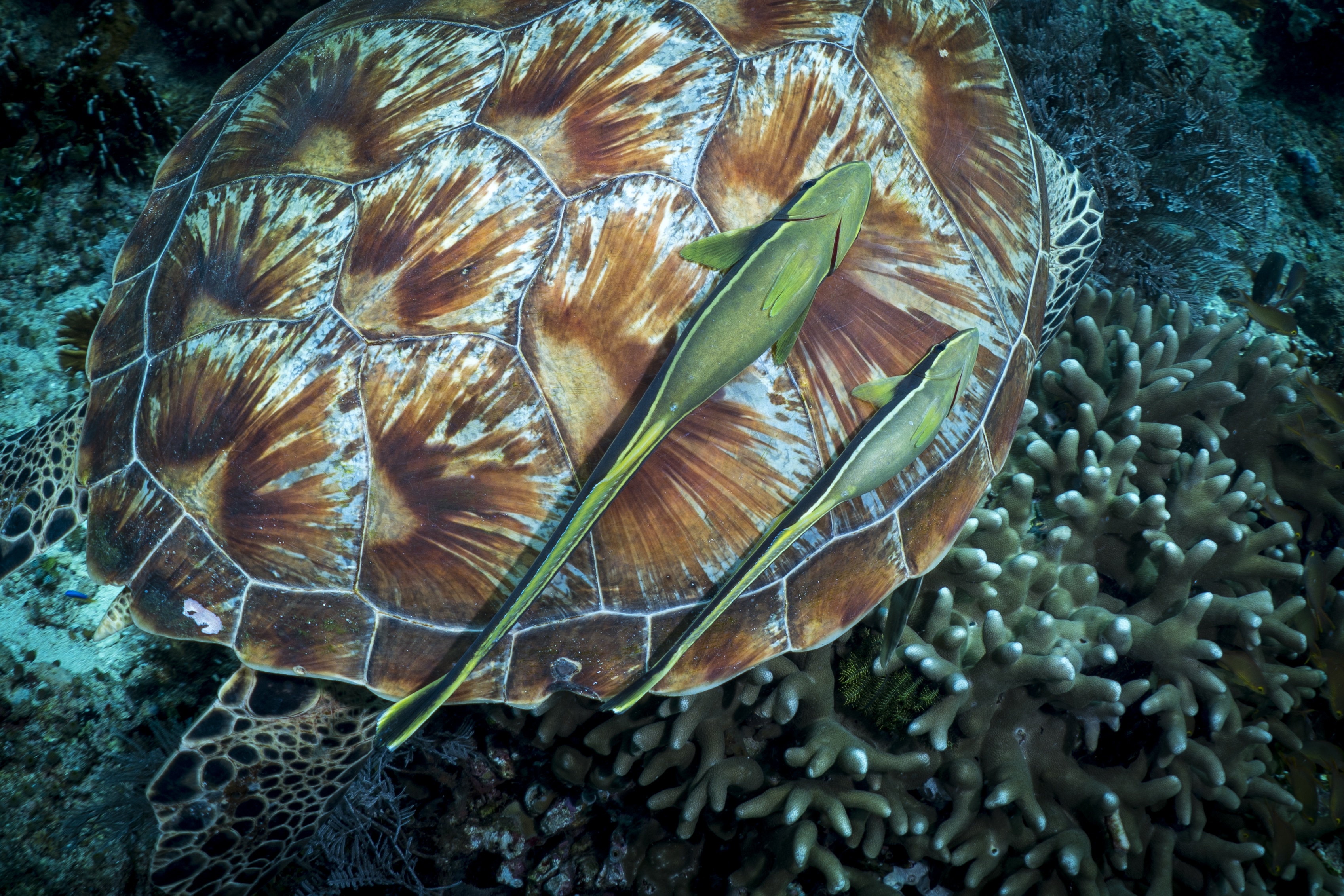 Also known as Live sharksucker. Diet: Small fishes, bits of its host’s prey and host’s parasites
Max. Size: 110 m
Fun fact: Attaches temporarily to a variety of hosts including sharks, rays, large bony fishes or sea turtles, whales, dolphins and also to ships. May follow divers. Juveniles occasionally act as reef station-based cleaners, where they service parrotfishes. Sometimes used by natives to aid in fishing; a line is tied to the caudal peduncle of the remora and then is released; upon attaching to another fish, the remora and its host are hauled in by the fisher.