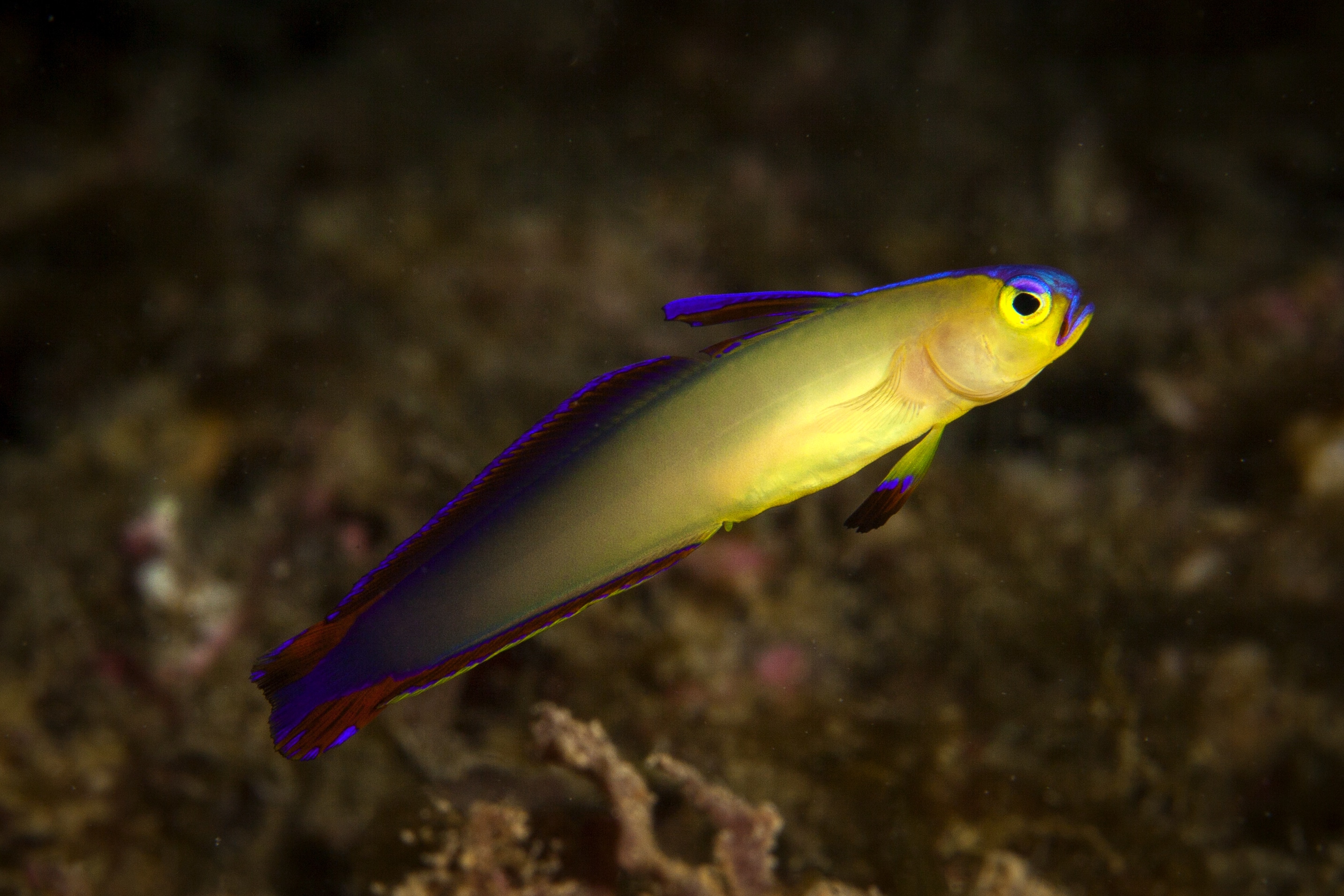 Also known as Elegant firefish. Diet: Zooplankton, especially copepods and crustacean larvae
Max. Size: 9 cm Fun Fact: The firefish’s elongated dorsal fin is used to communicate with other firefish. It is also used to lodge itself into small cracks and crevices of a reef. The purple firefish is aggressively territorial against other firefishes. It is sometimes called a dartfish because of its quick swimming style. Several firefishes, particularly juveniles, may utilize the same hole.